So I've been wanting to make my own diy sea glass since I saw this pin: 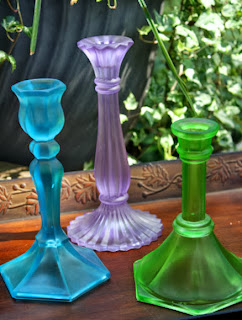 Unfortunately all the links I found for this were duds and since I am supposed to be blogging about pinterest pins and reviewing them that didn't work in my favor.
So I went with this pin instead: 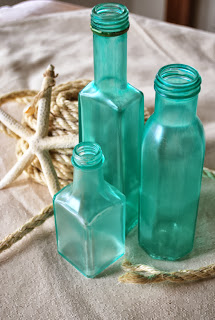 She used a mixture of mod podge, dawn dish soap and food coloring. 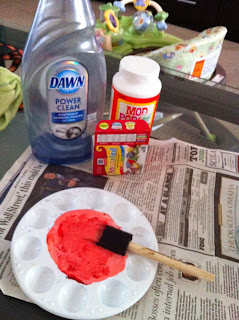 I picked red to go with another red vase I had laying around. 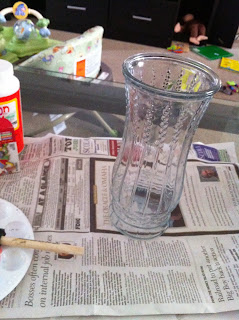 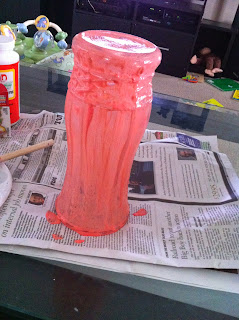 First coat drying... now this is the only picture I took of the process but I'll give you a quick run down. I did three coats all together, the last coat I added a couple drops of blue to get it a darker hue and then put in a couple more drops of red.
Although none of the tutorials I found did this, I realized that I needed to do something else to achieve the look I wanted. So setting my oven at 170 degrees (the lowest setting my apartment standard oven would allow me to go) I set my vase in for about 10 minutes which was really about all the time I had. 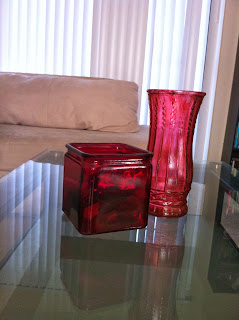 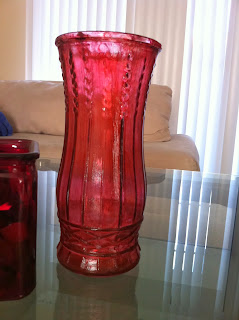 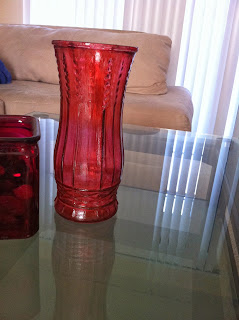 My plans are to cut some branches turning into autumn and placing them in my new vase for some fall colors.