October was a busy month for me and I totally bit off more than I could chew. I was commissioned to make Halloween costumes for an entire family of 4 this year which literally took up every day off I had and all my waking hours when I wasn't working to make them all. I thought you might like to see some of these costumes (admittedly, the mother refused to have her picture taken so her costume which was pretty awesome, isn't included).

For the protection of the children their faces have been masked. Sorry you're missing the best part, but I have to be a responsible blogger. 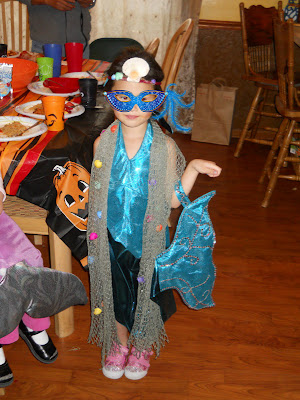 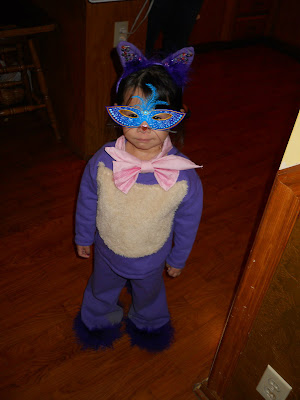 Sadly these girls were both sick with pneumonia on Halloween but the did get to wear their costumes to a Halloween party and a Boo Bash before and several of their neighbors agreed to save some candy so that the girls can go trick or treating when they feel better.


Dad went as the god of war and mom as the goddess of love.. of course I only have a picture of dad and he may have been drunk when the picture was taken. 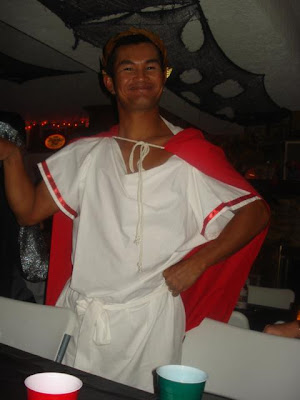 My boyfriend and I also celebrated our 7 year anniversary just a couple days before Halloween. For our anniversary I made him a leather bound book filled with all the poems I've ever written for him. I dyed all the paper in coffee and early grey tea (two of his favorite drinks) he noticed right away the smell which really was the point of me dying them.

This was a big project and I really love how it turned out. 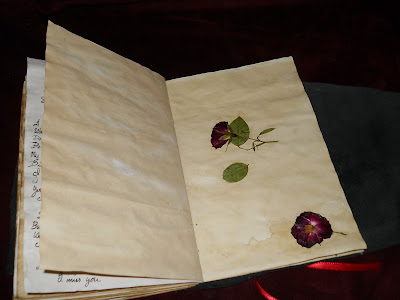 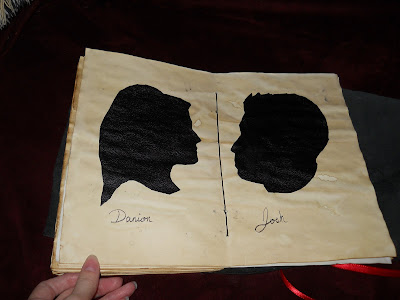 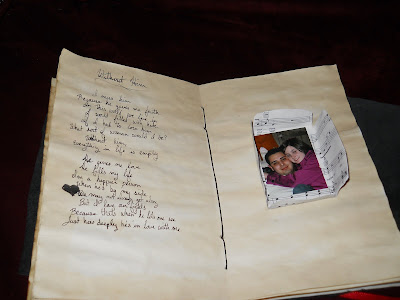 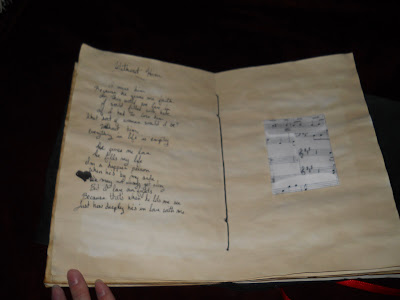 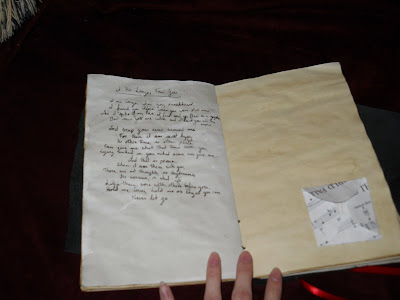 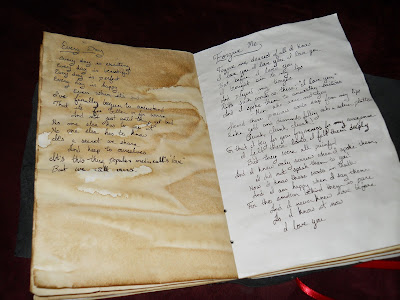 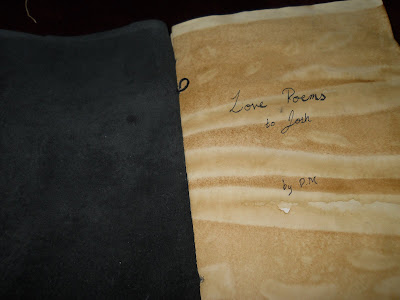 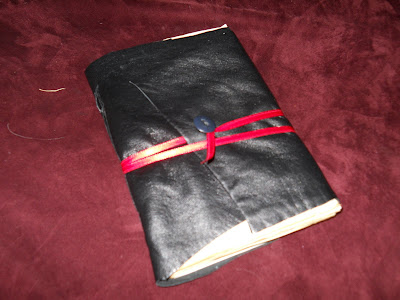 I however don't plan on making anymore of these books anytime soon- this was no easy feat and it took up a ton of my time.
Posted by La Bouilloire Noire at 10:41 AM