I just wanted to take today to remember the men, women and children who lost their lives 10 years ago today in the worst act of terrorism against my country ever seen. 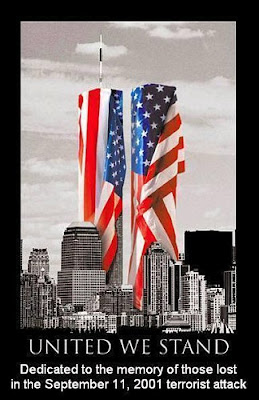 Through the grievous tears that fall
Memories are plastered to a wall
Monuments build for the dead and dying
Questions are asked but no one is replying.
Goodnight to those angered millions not there
Sleepless are the victims of terror.
The world is not in awe; but many drop down to pray
Fear fills those who live day-to-day.
And great cities don’t stand for innocent lives lost
But terrorism happens daily at a greater cost
The world does not see how many die empty deaths
But when it happens to their own they all hold their breath.
Hatred lives in the dark parts of the world
But great cities all have their backs turned
And the only lesson to be learnt is that we are all to blame
Instead of anger we should instead feel shame.

Posted by La Bouilloire Noire at 8:53 AM