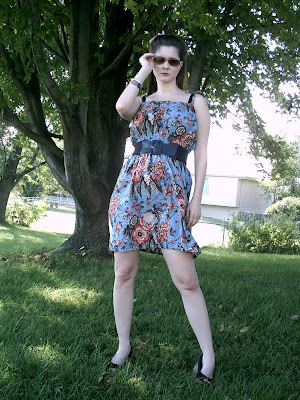 I made this dress ages ago but haven't gotten around to posting the tutorial for it yet (I'm always thinking I'll do more with a tutorial than I actually do). This is a super simple dress to make- anyone beginning sewer should find it a cinch (pun intended). All you need to be able to do is sew in a straight line.

So anyway what you'll need is some fabric with a great print, elastic thread, regular thread, a sewing machine, measuring tape, iron, tailors chalk, a straight edge and a pair of scissors. 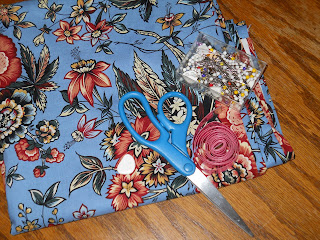 You'll want to begin by measuring around the widest part of your body and doubling that measurment. That's how wide you'll want to cut your fabric. I cut my fabric in two so I had two side seams but if you just cut one seam and have that go down your back that might even be better (there are days when I can't figure out which way is the front of my dress) and that will at least give you an idea of the front vs. the back. 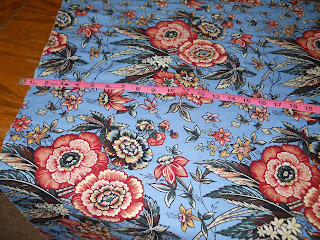 Next sew your side seam or back seam together. 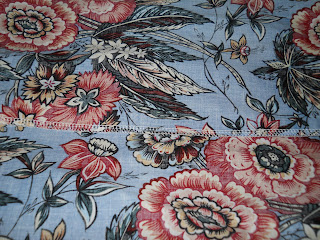 Next hem the top and the bottom of your dress. 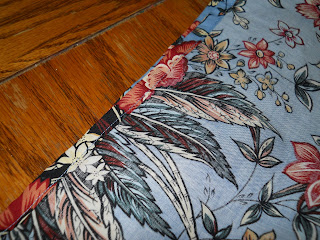 Your dress thus far should look something like this. 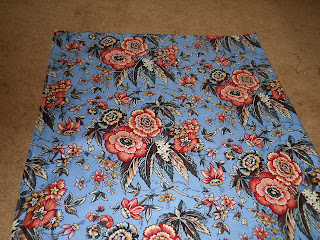 Get out your elastic thread and thread your bobbin case with it. Using a wider stitch length thread your machine with regular thread on your needle and the elastic thread in the bobbin. Begin to sew along the top part of your dress. This will gather your dress in the elastic and create shirring. Do several rows of the shirring (I did 5) along the top. 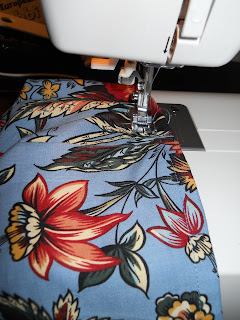 The top of your dress should now look like this; 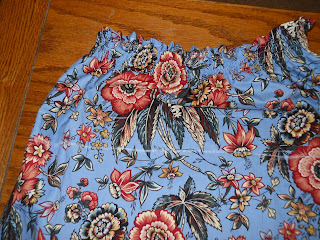 Put your dress on and determine where you would like your waist to be defined at (generally the smallest part of your body). Mark that with your tailors chalk and remove your dress. With your straight edge draw a straight line across the front and back of your dress at that point and begin shirring along that line. Shirr about 10 rows with your elastic thread. 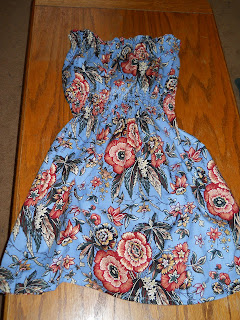 Next make your straps for your dress. You can do a lot with straps to change up the look of your dress. Originally I made wide straps with the following steps;

Begin by deciding how wide you want your straps to be and how long they need to be. Measure the length and double with width. Cut out your straps from those measurments being sure to leave a little extra seam allowance. 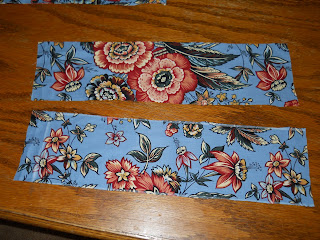 Fold your straps in half width wise so that your right sides are facing together and sew. 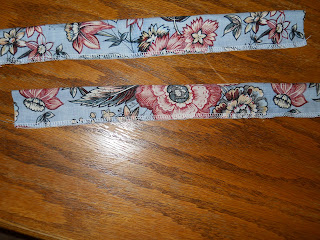 Turn your straps inside out and press flat with the seam in the center back. 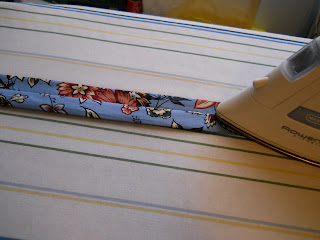 Attach your straps where you like them on your dress. 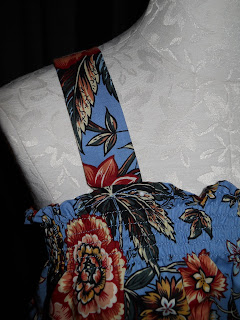 I later went back and adjusted my straps (I didn't get pictures of this). I simply cut my original straps in half width wise so I had 4 straps instead of two. I then folded them in towards each other like bias tape and sewed them down straight. I tied knots on the ends and sewed them on so that they tied together at the center. 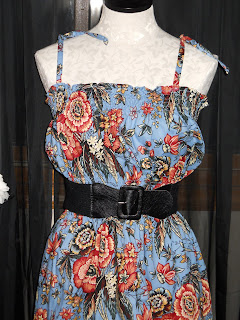 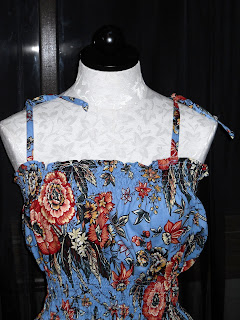 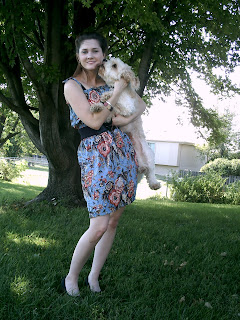 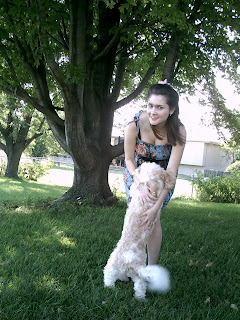 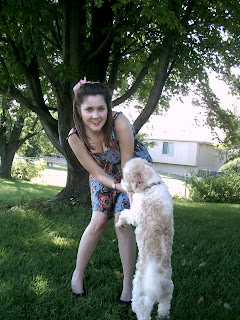 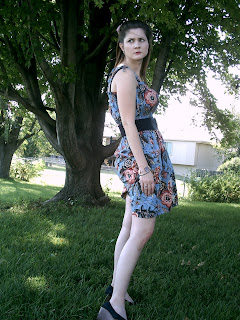 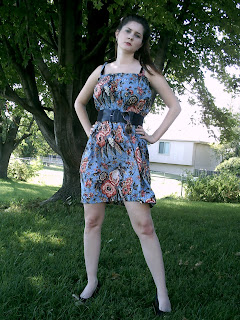 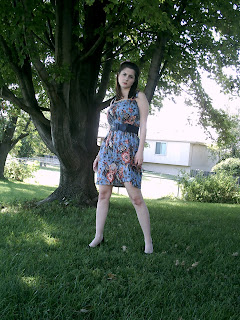